Whoopi Goldberg at one point had a successful career in acting, but now she’s primarily known and makes headlines for shaking things up as a co-host on The View.

After recently causing co-host Candace Cameron Bure to walk off of The View during a commercial break, we’ve decided to compile 11 of the most controversial quotes from Whoopi Goldberg stirring things up on and off The View. 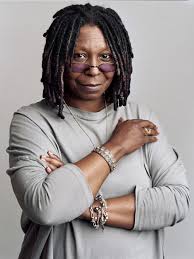 1. “Well you know what, I talk about God, you gotta talk about these damn movies.”

Goldberg said this to Candace Cameron Bure after demanding her co-hosts listen to her opinion on the lack of black nominees for this years Oscars. Bure is vocal about her religious views.

2. “Listen, you are a white lady telling me what is racist to you, which is fine.”

Said during one of the many fights with Rosie O’donnell

3. “If you hit somebody, you cannot be sure you are not going to get hit back!”

On the issue of women getting hit by men after being confrontational, specifically referencing the issue of domestic violence caught on tape at the hands of Ray Rice

After being criticized for defending celebrities acting badly

5. “Just so we’re all clear, you have to know the difference between when somebody’s coming for you, when somebody is paying you a compliment and when somebody is saying, ‘here’s my observation.’ If you can get that together, maybe you can be president.”

In response to Carly Fiorina’s anger as being referred to as a “Halloween mask” and “demented” by The View co-hosts.

6. “I know it wasn’t rape-rape. It was something else but I don’t believe it was rape-rape.”

On Roman Polanski’s crimes against a 13-year-old

9.“Chris Christie wants to pump up the military. Marco Rubio says he will find and kill terrorists like Liam Neeson in Taken. You’re too short to be Liam 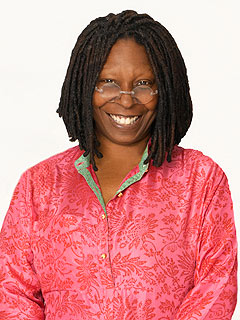 Neeson, find somebody else.”

On the shortcomings of the Republican party presidential hopefuls

10. “I’m sorry the ‘80s, they weren’t fun for everybody, clearly. I think it is again, we’ll see what happens as more information comes out.”

On the rape allegations against Bill Cosby

11.”…our young women get out there

and drink themselves into a stupor. I’m not attacking, but I am saying there is some responsibility. When you go to a frat party, don’t get blind drunk. Don’t put anybody in a position of being able to take advantage of you. You don’t need to do that. That’s all I mean. That’s all I’m saying.”

On the culture of campus rapes