The best part about attending a live show is the element of surprise- you never really know what you’re going to get- like Lady Gaga crashing a U2 show in NYC or Madonna almost getting into legal trouble for grabbing a teenager’s boob. Could anyone have predicted those things? Nope, but they happened and they were great.

But ya gotta take the good with the bad, and sometimes not-so-great-things happen at live shows, too. We’ve compiled some of the worst things musicians have ever said during a live show.

In 2014, Kanye West refused to continue performing until everybody in the audience stood up.

“This is the longest I’ve had to wait to do a song, it’s unbelievable,” West said, after two members of the audience remained seated.

Because West has a general tendency to not think of others beyond himself, he apparently didn’t think that perhaps the two fans were incapable of standing up- which they were. One was in a wheelchair. Ouch.

Green Day’s Billie Joe Armstrong freaked out in 2012 after he realized his set was being cut twenty minutes short.

This tirade was just before the band released an album series that tanked, so Armstrong was under the impression he was still relevant.

3. Jim Morrison Tells Fans to Get Naked and They Do It

In 1969, The Doors’ frontman Jim Morrison told fans during a Miami concert that he wanted them to get naked.

“Let’s see a little skin, let’s get naked,” he said, and of course those rock n’ roll derelicts did exactly that.

This is only considered one of the worst things a musician has ever said instead of the best because we just know there were many a-people in the audience showing off goods that no one wanted to see.

…and than throws used tampon into crowed to see if they will.

In 1992 while waiting for technical difficulties to be solved, the leader singer for the all-girl grunge band L7 told the crowed to

before throwing her used tampon into the crowd.

That is something else.

Tory Lanez made headlines most recently for predictably inciting a riot after telling his audience members to f*** s*** up.

Of course, audience members began throwing things and running a-mock, shutting down the show and getting security involved. 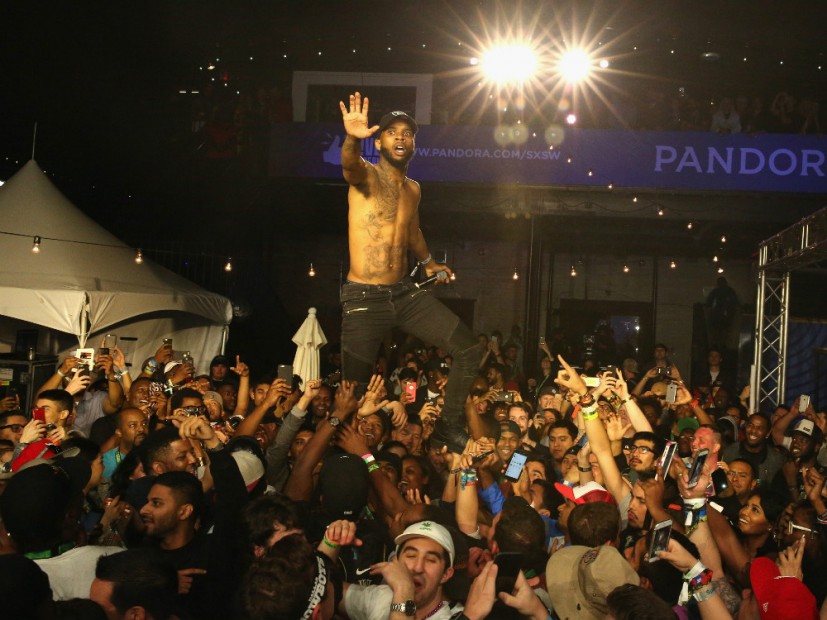 6. Jack White Compares Fans to the Most Boring People On the Planet

Jack White was disappointed in the energy level his fans were bringing to one of his shows in 2012, causing him to end it early. But not before asking them:

“Is this an NPR convention?”

This happened in 1976, so it’s largely faded from public memory. But when it happened, it was a huge deal, and even inspired the creation of Rock Against Racism.

During a show in England, Clapton told his audience members his disdain for foreigners and his belie f that Great Britain should be kept white. He voiced his support for a super conservative, anti-immigration candidate named Enoch Powell (think: America’s Donald Trump if he ran in 1976). The entire excerpt is pretty bad, and it can be found here. But yes, unfortunately Clapton did actually say:

“England is for white people, man. We are a white country. I don’t want f****** wogs living next to me with their standards. This is Great Britain, a white country, what is happening to us.”