The Netflix documentary series ‘Making a Murderer‘ has captivated the minds of an entire country- thanks in part to the incredible nature of the story itself and the filmmakers’ ability to make the viewer feel as if he or she is receiving the insider details of the case to make an informed judgment.

And that’s exactly what people have done- made their own respective judgments on whether or not Steven Avery is guilty of murdering Teresa Halbach or has been framed by police in a county looking to avoid making a hefty payout for previously falsely convicting Avery,  wrongfully imprisoning him despite his innocence for 18 years.

Indeed, almost 500,000 have signed a petition to free Avery from jail- a number that actually required a response from Washington D.C.

Certainly you know at least one or two friends or family members who think of themselves as experts on the case, its details, and who done’ it if it weren’t the two men sitting in jail for it- Steven Avery and his nephew Brendan Dassey.

We’ve compiled a list of some of the quotes they’re likely to reference from the docu-series and beyond in this list of the 20 most meaningful quotes from the Steven Avery saga.

Maybe you’ve heard some of them before from your expert friends, or maybe you haven’t. But if you’re looking to develop your own opinion, read on.

Nephew to Steven Avery told investigators months after Halbach’s death when being interrogated that he had helped his uncle kill Haibach, sexually assaulting and stabbing her until finally shooting her to death.

But his confession provided scarce details inconsistent with forensic evidence, and he refused to despite hours of interrogation without a lawyer or his parents give authorities what they wanted to hear.

Many argue that Dassey deserves another trial and should be exonerated from his charges due to both lack of evidence and a forced confession.

In the tapes of Dassey’s confession, an investigator essentially pleads with Dassey for the elaboration he’s not getting:

Dassey would later recant his confession, but even though he never paint the perfect picture authorities begged him for, he was still sentenced to jail. Dassey had this to say to the public later:

2. “To the people in the world, I am writing you to let you know that me and my uncle Steven Avery are innocent. The investigators tormented me until I said what they wanted me to say… The investigators got into my head saying that if I confessed to the crime, they would let me go and when I did they locked me up.”

Indeed, Dassey has been proven to have a low IQ and therefore was more susceptible to psychological tactics used by authorities looking for information.

It tears at the viewer’s heartstrings in the series when they hear teenage Dassey asking his mother what a word that was constantly said to him meant:

3. What does ‘inconsistent’ mean?

Dean Strang has adopted a cult following as the passionate defense attorney for Steven Avery. He’s regarded by Avery supporters as a kind of modern-day hero, even. Strang became frequently angered by what he perceived as consistent unfairness in his client’s trial.

Strang full-heartedly believed in his client’s innocence, and also bought into the notion that Avery could have possibly been framed by investigators, something the series also is inclined towards.

Part of the reason behind the public’s love for Strang had a lot to do with his “eft-the-system” mentality that many love to support.

But while Dean Strang is the hero of Making a Murderer, Kratz is the villain. As Avery’s prosecutor, Kratz has fought back against the series’ accusations  and has said the series excludes significant information that paints Avery in a guiltier light. 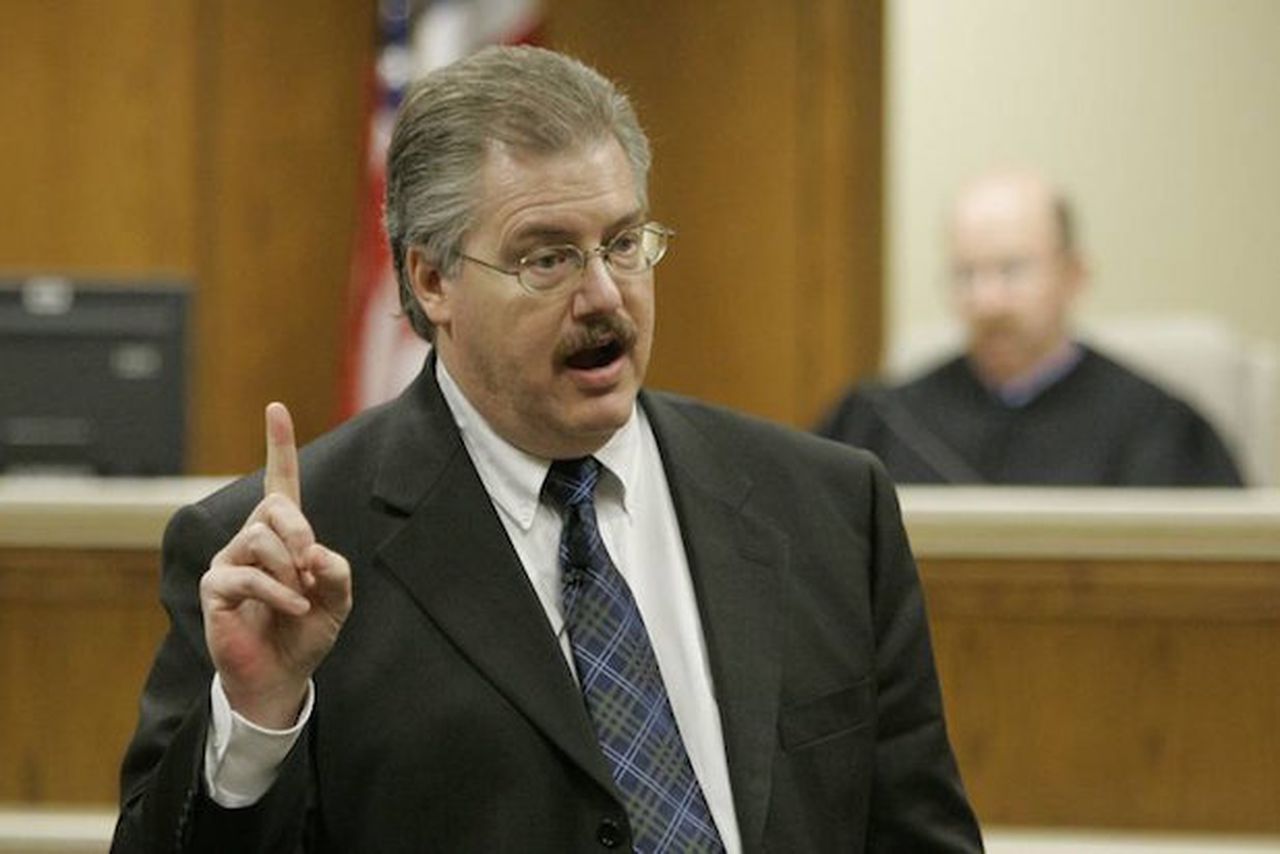 7. “You don’t want to muddy up a perfectly good conspiracy movie with what actually happened…and certainly not provide the audience with the evidence the jury considered to reject that claim.” Kratz told PEOPLE Magazine.

Kratz argues that the series completely excludes some damning evidence against Avery, including the fact that Avery had specifically requested for Haibach to come over that day and had called her three times on the day she went missing- twice from a blocked number. Kratz’s theory is as follows:

8. “Then one last call at 4:35 p.m., without the *67 feature. Avery first believes he can simply say she never showed up…so tries to establish the alibi call after she’s already been there, hence the 4:35 call. She will never answer of course, so he doesn’t need the *67 feature for that last call.”

Kratz maintained throughout the Avery trial that it was ridiculous to make the claim that Avery was being framed. He said this on the argument that police had planted a key piece of evidence in Avery’s bedroom- the key to Halbert’s vehicle, which had not been found for days of searching Avery’s residence even though it was found in plain sight:

9.“If you buy Mr. Strang’s argument that [law enforcement] were trying to make sure that a guilty person was found guilty, then assigning accountability to the murder for Teresa Halbach shouldn’t matter whether or not that key was planted” 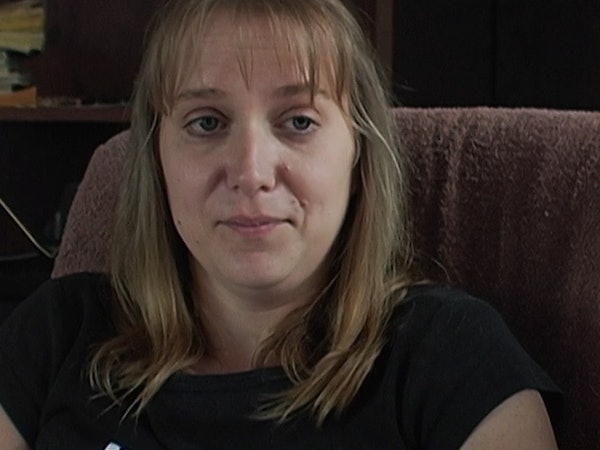 Though a relatively minor part of the docu-series, Jodi has become a big part for fans in deducing whether or not Avery might be guilty.

Jodi, Avery’s ex-fiance, defending her ex-lover throughout the Netflix series. Now, she has totally changed her tune and is one of the more adamant and vocal sources who believes Avery is guilty.

10. “Because he threatened to kill me and my family and a friend of mine. I was in a bath, and he threatened to throw a blow dryer in there and told me he’d be able to get away with it,” she said of why she thinks Avery was capable of murder.

Jodi has now said some pretty damning stuff against her ex, who she says hit her up for money in August and made threats against her if she didn’t comply. This isn’t the first time a woman has said Avery uncomfortably asked them for money… but we’ll get to that later. She compares him to Dr. Jekyll and Mr. Hyde here:

11. . “A nice person, semi-nice person and then behind closed doors…he’s a monster. He told me once — excuse my language — ‘all (expletive for females) owe him’ because of the one that sent him to prison the first time. We all owed him — and he could do whatever he wanted.”

She said the only reason why Jodi supported him during the trial and the series is because she was scared of consequences she would face from him if she didn’t comply.

Penny Beernsten is the person where all of this starts. The rape and assault of Beersten is the original crime that sent Avery to prison for 18 years- a crime he was deemed innocent of doing after DNA exonerated him and the reason why he was suing a Wisconsin county for millions.

Though Beernsten admits she felt guilty and shameful when learning she had potentially been coerced to implicate Avery and had helped imprison the wrong guy, she still has her doubts about Avery’s character.  She has described an instance where Avery one hit her up for money in an uncomfortable fashion.

13. “He was cordial; he wasn’t abusive or anything. It was just clear he wanted money from me. I called job services and passed that along to his attorney, but I don’t know if he ever followed up with them.”

Beernsten describes the difficult process of forgetting Avery as her assailant and learning to forgive both herself for what transpired to Newsweek. But when she found out that a young woman disappeared and was found dead at the Avery residence, her confused feelings continued.

14. “Then I get a call that a young woman has gone missing and that the last place she was seen was on Steven Avery’s property. So my emotions regarding Steven Avery are complicated.”

At the epicenter of all this is Steven Avery. He has had much to say about his innocence, as have his parents.

Just like in his last conviction, Avery has maintained his innocence and has said he will continue relentlessly fighting to be freed.

16. “I ain’t gonna give up. When you know you’re innocent, you keep on going”

He has placed the blame for his prison sentence against Manitowoc County, creating a strict black and white dynamic where the officers are the villains.

17. “I’m a decent guy. I get along with everyone—except Manitowoc County.”

Before it was discovered that Halbach was found dead, Avery even said he wanted to help, though he was instantly singled out as a suspect when it was determined Avery’s property was her last known whereabouts.

18. “I just want to be by myself and think about this and rack my brains about where she might be. I want to help.”

But if you are to assume Steven Avery’s innocence, the question remains is: who did it?

Avery didn’t want to leave this up to the investigators that he claims did him dirty, so he did some speculating himself, and pointed the finger right at his own family.

19. “Steven also says his 2 brothers had a motive to frame him because they were fighting over the family business and were jealous he was on the verge of a multi-million dollar settlement for being wrongfully convicted of sexual assault,” said TMZ.

His latest communication to the public came this month in a letter to Fox6 News and in response to his ex Jodi’s claims that he was a “monster.”

20. “I am REALLY INNOCENT OF THIS CASE AND THAT IS THE TRUTH!!!” Avery wrote. “THE TRUTH WILL SET ME FREE.”

Let us take a moment to remember the only person who is not able to be vocal about the Steven Avery saga, victim Teresa Halbach. 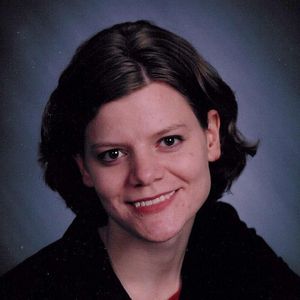