Though MTV’s Teen Mom,the spin-off from 16 and Pregnant, has become somewhat of a pop culture phenomenon, the true stand-out from the long-running series is the career of Farrah Abraham.

The girl who people love to hate, Farrah Abraham has made a career out of infamy for herself largely in part because of the ridiculous things she’s known to say. We’ve compiled 20 of the most ridiculous quotes from Teen Mom’s Farrah Abraham for your viewing pleasure. On the Professional Nature of  Her Sex Toy Line

I can’t even tell you, but this is so weird for me to be so proud of a sex toy. I have to say I’m pretty impressed with the quality and how great it looks. I’ve bought a lot of sex toys in my day and checked it out and they never looked so professional and so quality- In an interview with Starcasm

On Becoming a Plastic Surgeon, to Work On Toddler Sophia’s Eventual Flaws of Old Age

“Derek had a bigger [expletive]. My boyfriend was a winner. I wish he were still alive.”- to Howard Stern

On Not Trying to Be Famous

“If you want to hate somebody and say that I got famous for no reason than you should talk to the reporters and other people who want to report things and make me famous. Because I don’t try [to be famous]”- to Howard Stern

On Not Taking Responsibility for Drunk Driving

“I was legally drunk, but I definitely remember the whole night and the police acting like idiots to me. I don’t even want to go through this whole story because people seem to think I want to kill people and I want to get drunk and drive”- to Howard Stern

On Her Haters, Following the Release of her Single, ‘Blowin’

“I’m blowin all the bullies away.”- to MTV

On Dealing with Everybody Hating Her

“I don’t really pay attention to much online. Listen, I was, like, the most popular girl growing up and I had women do the same thing to me then as now. And I overcame it.”

“No matter what I’ve been doing, I’ve been doing the best in it that we know of. What I’m saying by that is, if I’m developing novelty toys, I’m winning awards. If I’m writing books, I’m a New York Times bestseller … how do I do it all? I don’t know.”

On How She Selects Her Potential Suitors

“I say go where the getting is good. I’m not going to find such marriage material at a club. I do dabble with, like, some businessmen that I do meet.”

On Her First Sex Scene, Through Her Celebrity Sex Novel

I held out my hand, no longer Fallon the actress. I was Fallon the celebrity sex tape star. The one to beat all the other wannabe celebrities before and after me.

On Why It’s Great to Be ‘Kind Of’ Single

“I really enjoy at this time of my life writing about sex. I think it’s because I’m 22, and kind of single. What better to express yourself in a positive way than writing.” “I think having a TV show that shows your personality and your intimate life, you know, showing your best friend, and then showing having sex … to me it’s kind of the same thing because both things are intimate.”

On Not Knowing What Feminist Means

“What does that mean, you’re a lesbian or something?”

“I’m going to straight up kill this whole f—–g house.”

On How TV Works

On Being a Cold Hearted B**** About Eating Disorders

“In the v.o booth… i feel if demi Lavato can sing … why can’t I… I’ve been through way more then just vomitting after every meal. :)”

On Blaming MTV for Ruining Her Life

“The question is : did Mtv ruin my life?”

Im Shocked Kourtney Kardashian is pregnant again, Did she not learn anything from TEEN MOM? Maybe its a fake pregnancy like kims wedding SAD.”

On Trying to End an Unwinnable War with the Kardashian Clan

“4 all who misunderstood: regards to kourtney K.~ I hope she takes her relationship w/her boyfriend more serious 4 their children-takecare”

“I don’t for see myself getting married more than once. I don’t see myself making the same choices that she has made. Good or bad, I just feel I’m going to be a smarter person.” 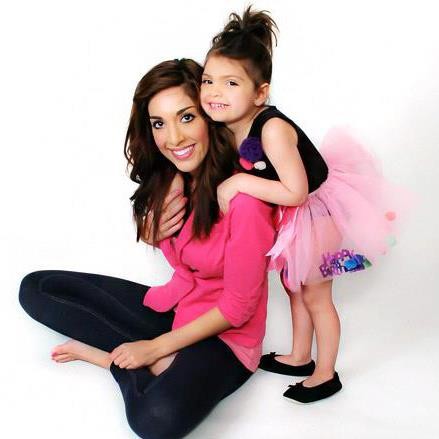