As a result, his abrasive comments have led to him being one of the most hated entertainers in the industry- by both average citizens to fellow celebrities.

Here are 15 celebrity quotes of celebrities hating on Kanye West. 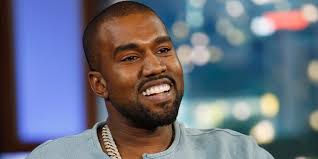 “Awww @kanyewest are u mad I’m not around to play in ur a–hole anymore? #FingersInTheBootyAssBitch”

“That was rude when he did that to that girl, that Taylor Swift. So yeah, give me an award and see where it goes. It will roll out of his fucking arse.”

“Everyone’s afraid to say anything contrary to him being a genius. It’s crazy, man! And it’s frustrating.”

“What happened to you as a child? Did you not get hugged enough?

“Anyone other than fucking Kanye. I fucking hate him. He’s trying too hard.”

“my brother needs help, in the form of counseling. Spiritual & mental. He should step away from the public & yesmen & heal”

“They should blackball him out of showbusiness for that. He just leapt (sic) up there; that was bad.”

“Yeezus? Who calls themselves Yeezus?”

“Kanye West is the biggest piece of s*** on earth. Quote me.”

“Kanye West can kiss my ass.”

“I’m a woman of a certain age and if you’re gonna mention me in a song, have a little respect.”

“The worst haircut since 1984, tries to steal the spotlight from lovely Taylor Swift”